Today i want to share my thoughts about my new tarte foundation. I bought this foundation to replace my bobbi brown foundation that i’ve already finished not long ago. 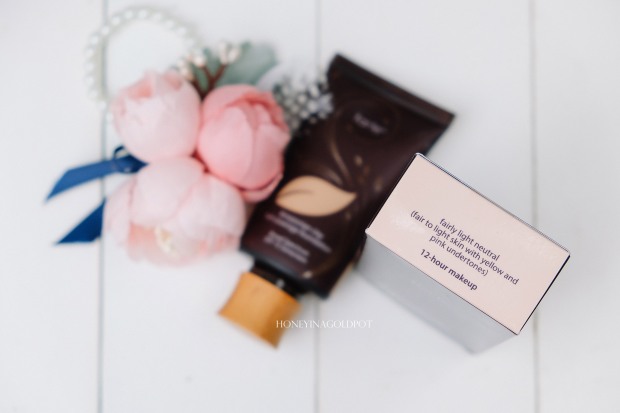 A : No complicated reason, i’ve used tarte airbrush foundation before, and i love it. So i thought their liquid foundation must be good also. After researching it for a while, i decided to bought it. FYI, for this time, i bought it online so i couldn’t swatch it beforehand. I pick the same shade as my airbrush foundation – fairly light neutral.

A : When i first opened it and put it on the back of my hand, i rather surprised because of the thick consistency, 180 degrees difference from my BB foundation. BB foundation has more runny liquid consistency and gives ‘light’ impression. Okay, not ‘that’ runny until like watery, but when i pumped it out, it’s more fluid than the tarte. Tarte has more solid consistency, somehow like toothpaste but softer and mushier. But do not be fooled, though it has thick consistency, the finishes still natural as ever. And now we talk about the colour, somehow the colour is quite different than what i were expecting.  Even though the name is same, but the colour isn’t. But thankfully it still matches my skin.

** I’m not comparing bobbi and tarte foundation shade because it’s obviously different shades, but focusing mainly for the texture, finishes, how it feels, etc. 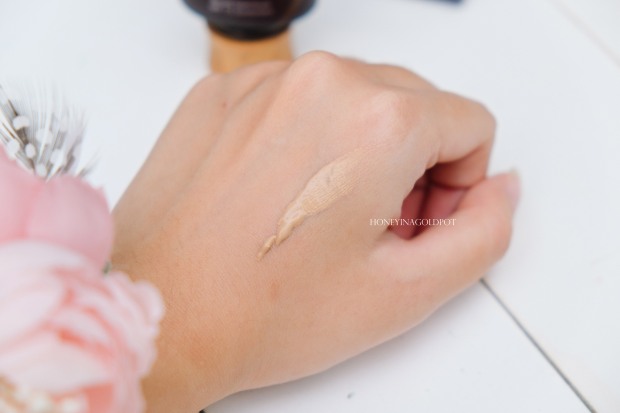 The coverage of this foundation around medium, other flaws better be fixed by concealer. Staying power is great though considering my super oily skin, you’ll need a bit of touch up with blotting paper and translucent powder after around 5 hours (maybe longer for normal and dry skin). I personally feel that more longer you wear this foundation, the more natural it’ll look. The finish is semi matte, and it doesn’t make me breakout at all. Maybe it sounds funny and eww, but i kinda like when it’s eventually mixed with my skin’s oil after few hours because it’s not look greasy but dewy! (okay you can swear at me >.<) I feel like that i’m a person with dry skin and wearing dewy finished foundation LOL. But too bad, ‘that’ look eventually need to blot because after few more hours that dewy look turned to be real oily look >.<

Love u my readers!